Could you use a little more kindness on social media? Would you appreciate less arguing and more objectivity? Daniel Darling talks this week about how we use our words in the digital space and how we can change our own behavior to make a difference.

(Article contains affiliate links. This means that when you click a link and make a purchase, I might receive a small commission from that purchase.)

Dan and I talked about the biggest traps we can fall into on social media these days and how we can avoid them. We discussed navigating the digital world with grace and what that looks like in real life. We discussed the idea of sharing truth in the way that isn’t destructive or attacking.

“Rule of thumb for politics (and life): don't be so zealous to criticize vulgar talk/ behavior from politicians on the other side if you are unable to muster up criticism when someone on your side exhibits the same behavior.” —Daniel Darling

Daniel mentioned a book by Dave Zahl called Seculosity: How Career, Parenting, Technology, Food, Politics, and Romance Became Our New Religion and What to Do about It (New and Revised)

. Zahl said the online shame culture is “Christianity with all of the forgiveness sucked out.”

Daniel said, “It’s ok to wait to comment on something for 24 hours to get the whole story.”

When thinking about the passage in James 1:19 that says let everyone be quick to listen, slow speak, and slow to anger. Daniel Darling says in this day and age, we can be “Quick to read, slow to post, slow to wrath, slow to digital rage.” 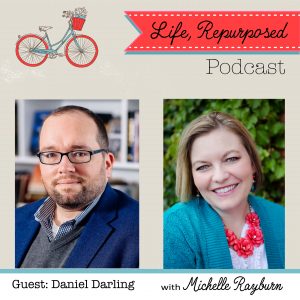 Daniel Darling is the Senior Vice President for Communications at  NRB (National Religious Broadcasters). Former Vice President for Communications for the ERLC (Ethics and Religious Liberty Commission), an entity of the Southern Baptist Convention, America’s largest Protestant denomination. Dan is a bestselling author of several books, including Teen People of the Bible, Crash Course, iFaith, Real, Activist Faith, The Original Jesus, The Dignity Revolution, The Characters of Christmas,  A Way With Words, which released in August, 2020, and The Characters of Easter, which just released.

Dan is a prolific writer for a wide variety of publications. More than we can list here! He is the host of a popular weekly podcast, The Way Home, where he interviews Christian leaders, politicians, and journalists.

Daniel said, “Social media is here to stay. It’s not going away. We’re not going to suddenly all become Amish. We’re not going to go back to the 1950s. This is where conversations are happening. So, we have to ask ourselves, how do we steward our words on here?” The solution? “Let’s try to be countercultural in the way that we use social media,” he said.

Dan has a free download of a chapter from his book available on his website. In it, he gives 6 tips on how to read the news:

A Way with Words: Using Our Online Conversations for Good

Social media was made to bring us together. But few things have driven us further apart.

Sadly, many Christians are fueling online incivility. Others, exhausted by perpetual outrage and shame-filled from constant comparison, are leaving social media altogether. So, how should Christians behave in this digital age? Is there a better way?

Daniel Darling believes we need an approach that applies biblical wisdom to our engagement with social media, an approach that neither retreats from modern technology nor ignores the harmful ways in which Christians often engage publicly.

In short, he believes that we can and should use our online conversations for good.

Dan has some fantastic images on the Way With Words book page on his website that you can post to social media. 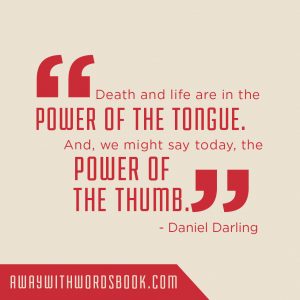 Consider joining our Life, Repurposed Facebook community to build connections and engage in conversation about topics from each episode. 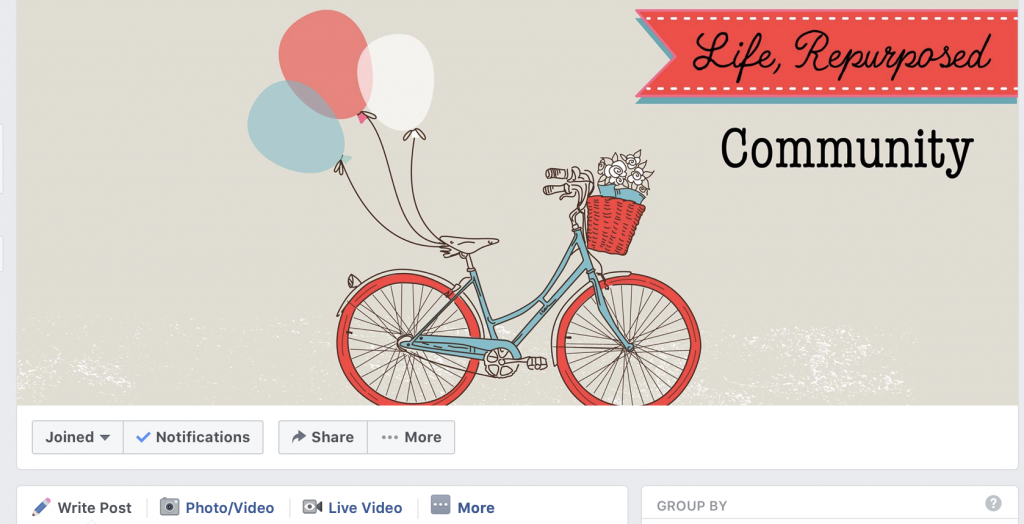 (Please note: books posted here on my blog are purely because I want to share them. Sometimes I receive free copies for review, and other times I purchase the books. Some I get from the library. Either way, any endorsement I offer here on the blog is simply because I want to talk about the book. )

Michelle Rayburn is the author of The Repurposed and Upcycled Life: When God Turns Trash to Treasure, as well as a small group Bible study to accompany the book. Learn more about these and her other books here. A sample chapter of the book and Bible study are available for free download.

Subscribe and receive an email notice each time a new blog is posted.

This post contains affiliate links, meaning, at no additional cost to you, if you click through and make a purchase, I may receive a commission. I sell my ebook via Amazon but I’m also a part of their “Associates” (i.e. affiliate) program which pays a commission on books and any other Amazon products people purchase via my links. As an Amazon Associate I earn from qualifying purchases.

Posted in Articles, Books & Resources, Podcast Episodes.
We use cookies on our website to give you the most relevant experience by remembering your preferences and repeat visits. By clicking “Accept”, you consent to the use of ALL the cookies.
Do not sell my personal information.
Cookie settingsACCEPT
Manage consent