Skip to content
In 1992, I was pregnant with our first baby, and I decided it was time to upgrade from the castoff couch that we had inherited from my parents. So, we purchased a sleeper sofa in the ever-so-popular country blue color. Later, I wished I had chosen something more neutral since we ended up keeping the sofa much longer than I had anticipated. Two summers ago, when it was 16 years old, I decided to reupholster it rather than replace it, since we had two teenage boys and I didn’t want to purchase a new one just to have it covered in pizza sauce and spilled soda. If you live in an all boy kingdom like I do, you’ll know my distress.
So I was faced with the dilemma of figuring out how to bring the old sofa into a new millennium on the cheap. The old blue recliner lives in the family room now, thank goodness. 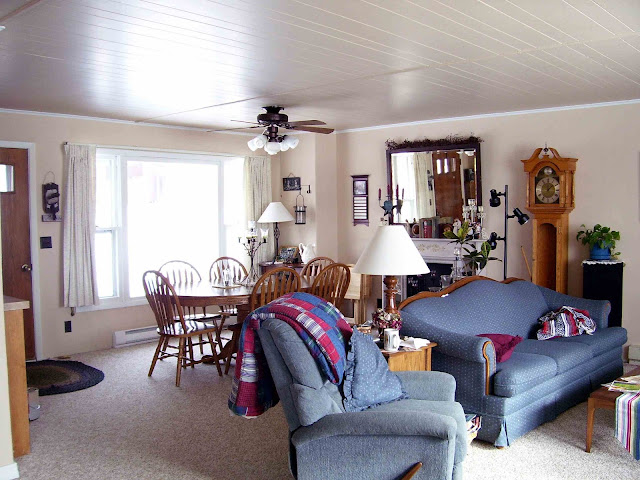 When my hubby and sons were off on a fishing trip, I headed to the nearest Mill’s End Textile store for fabric. I ended up finding it for just $3 per yard and since it took about 10 yards to do, the whole couch at $30 was less than I’d spend on one of those bunchy looking pre-made furniture covers.
I sewed and stapled and tugged until the sofa looked like this: 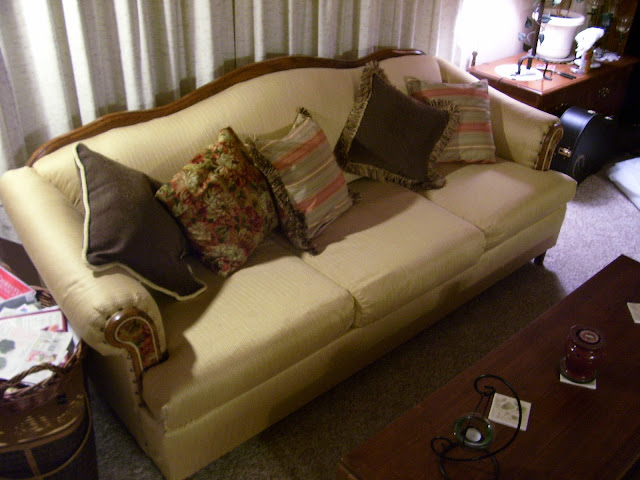 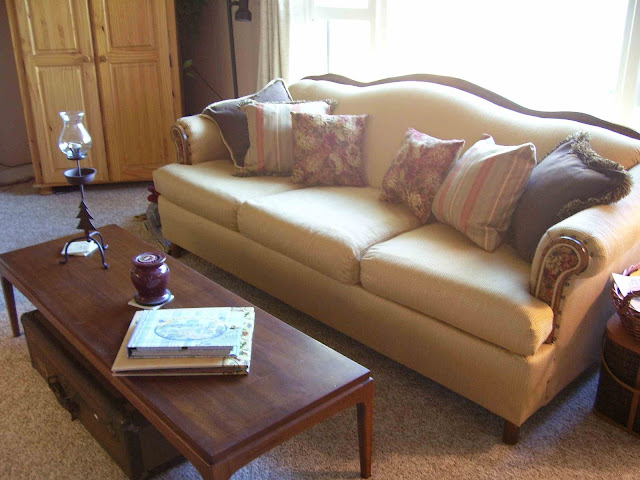 That makeover prompted others, of course. Who ever starts a makeover project without it turning into a much bigger one? I’ll share other phases of the makeover in future posts.
How about you? Do you have a piece of furniture that you just have to stick with for some reason, but you really hate it? Reupholstering is much easier than you think.
Michelle