There are a lot of recipes floating around Pinterest for pizza crust made from cauliflower. So I had to try it. Mostly because I was skeptical I looked through recipes and most had this ratio:

I cooked the cauliflower until it was tender, and then used my potato ricer. If I didn’t have one, I could have used the food processor and pulsed it. Then I mixed the three ingredients together and shaped them into a circle on a baking sheet. 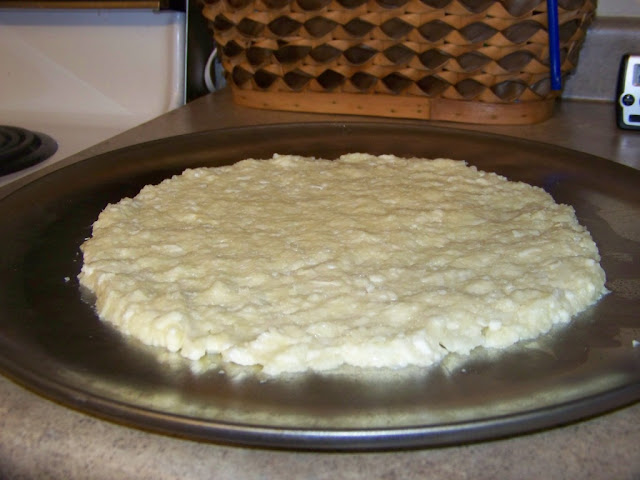 I baked it at 425 degrees until the crust started browning. Then, I spread pizza sauce on top and sprinkled a little cheese on. I used the top cheese sparingly, since there is also cheese in the crust. You could add meat or vegetables. Next, I popped it under the broiler for a minute or two to melt the top cheese until it was starting to brown. 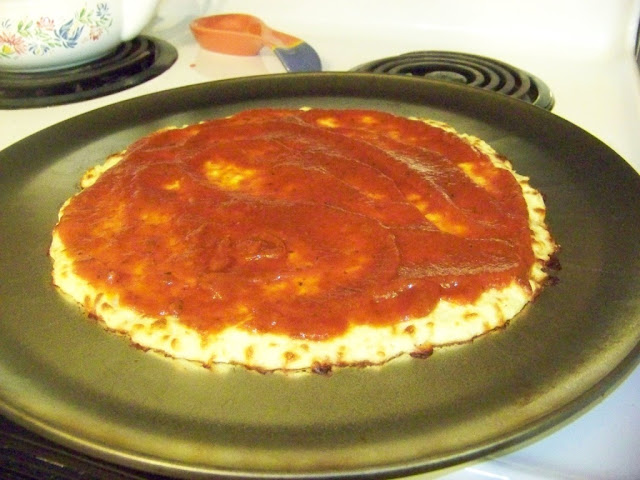 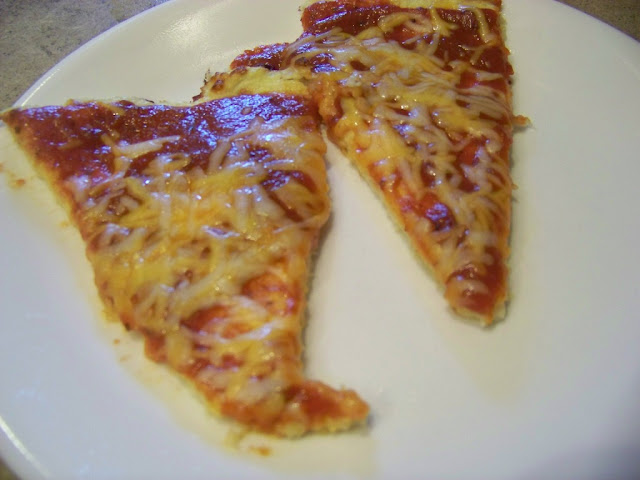 It’s really terrific! I made it for myself, since I doubted I could convince my family to try. It wasn’t crispy on the bottom, but it had the consistency of softer pizza crust. I think it makes a pretty convincing alternative if you’re looking for a flourless option. It reheated well too.