I saw a post on Pinterest about using the remains of other candles to make little wax bars for simmering pots. The original post from a blog called A Day in My Life showed how to pour melted wax into an ice cube tray to make your own bars. Here is Tiff’s picture of her project:

Like Tiff (assuming you clicked over there and read her fabulous post), I do not want to step on the toes of any salesperson from any company that manufactures or sells  wax warmers. However, sometimes, I have part of a candle left over and I hate to waste it. Besides, the melting pot is much safer than a candle flame, so I don’t mind using up some candles this way.

The project…oh yes. Let’s get back to it. In case you aren’t sure what I mean by wax warmer, here is a photo. Remember the old ones that required a tealight candle to warm the wax on top? It seemed sort of ridiculous to burn a candle to heat up another candle, didn’t it? The new ones use a light bulb. 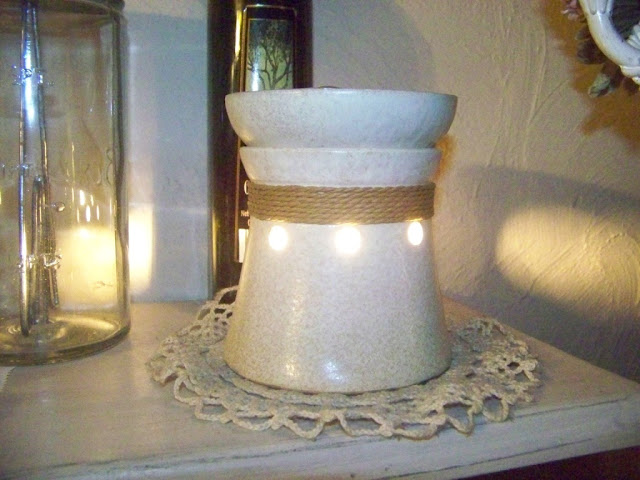 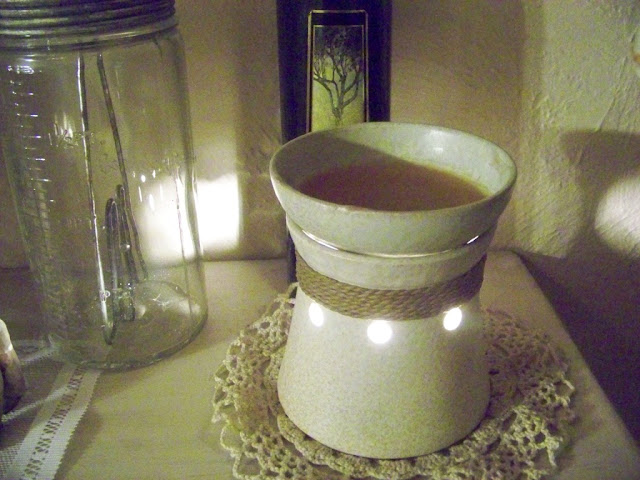 I purchase plenty of the little wax scents from the store or a popular home business company. But I had a candle that was nearing the bottom of the jar, and it was so strong when I burned it that it gave me a headache. So, I decided to melt it down and see if it would work in my warmer. 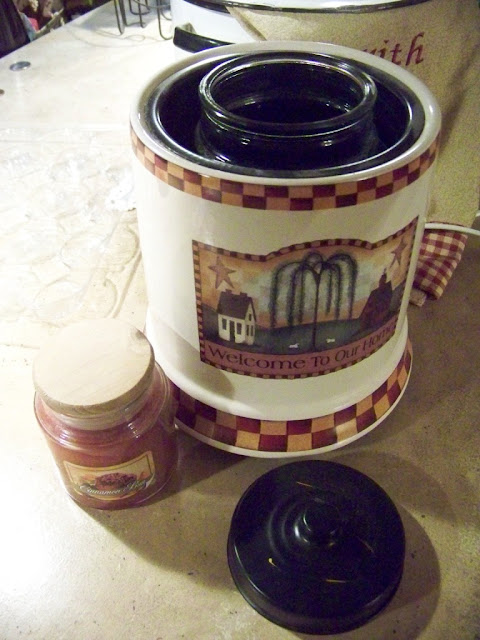 I’ve had this other type of warmer above for a long time. Notice it’s different from the mug-warmer style that Tiff used in her blog post. Why don’t I use it? It takes a while to get a candle warm enough to make the room smell compared to the light bulb warmer. But, I hate getting rid of stuff, so I still had it. Turns out, keeping it worked in my favor.

I melted down the wax in the jar and then instead of using Tiff’s method with the ice cube tray, I poured the wax into recycled containers from store bought scented melting wax. I had two trays that had just one square left, so I popped them out and set them aside. I also used a tray from little mini quiche (you know, the frozen appetizers?) The tray was perfect for wax! It made little tarts. 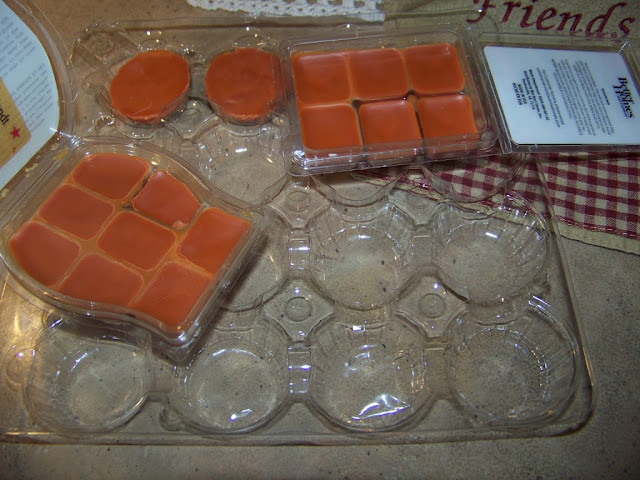 It worked perfect! And all I threw away was the remains of the wick.

So, does it smell better with the flameless system? Yes! It was great! Melting wax instead of burning it does produce a better smell on some scents. Another Pinterest success!

One useless side note: If you do this with unscented candles, you’ll end up with useless little blocks of wax. But of course, you already knew that. Perhaps there is some other way to use up remains of unscented candles.