I searched Pinterest for a pattern for a case for a bluetooth iPad keyboard. I had been transporting it in the box it came in, just because my purse is a dangerous place for an unprotected electronic device. However, the box is too big to take on my upcoming vacation.

Nothing came up in my search. So I decided I need to create a post. In 30 minutes, because that’s all I had between other tasks. That meant I didn’t have time to quilt or cut anything from fresh fabric. So, I brainstormed a little about what I already had on hand, and I remembered two older pillow shams put away in a trunk.

I decided to experiment with the most worn pillow sham so nothing would be wasted if I didn’t like it. And I would have more supplies to make a better one in the future. 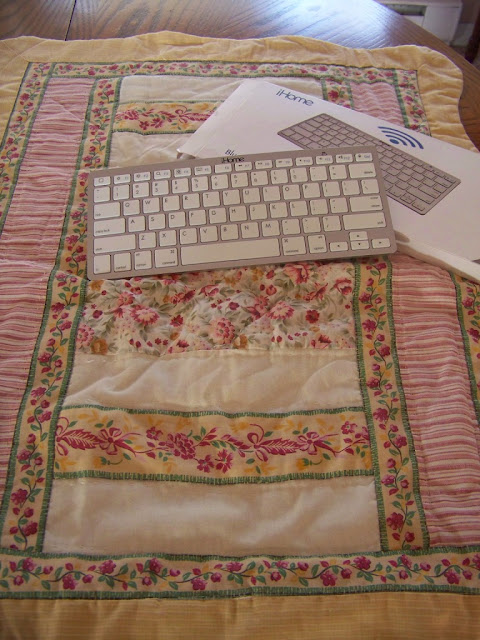 I figured I could use a piece of the sham, and have leftover. 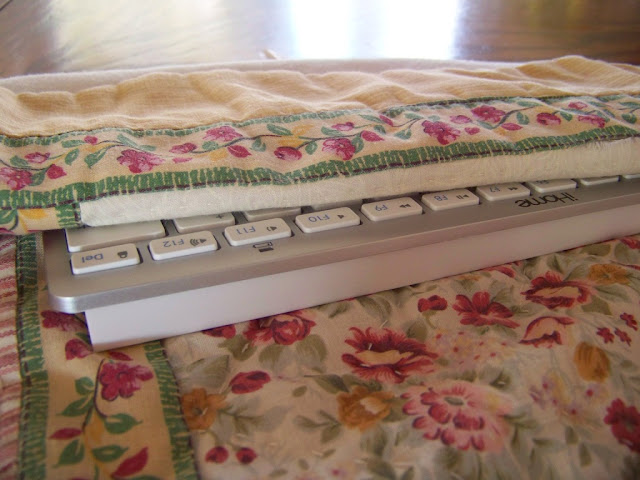 I began with precise measurements. Ahem. I began by folding the fabric up over the keyboard to get an idea of how much fabric I needed. I allowed enough extra for a flap. Then I cut off the sham (about half of the sham) and hemmed the raw edge. 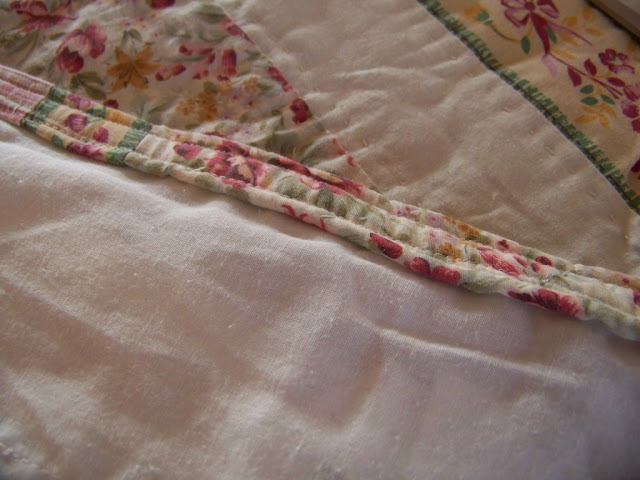 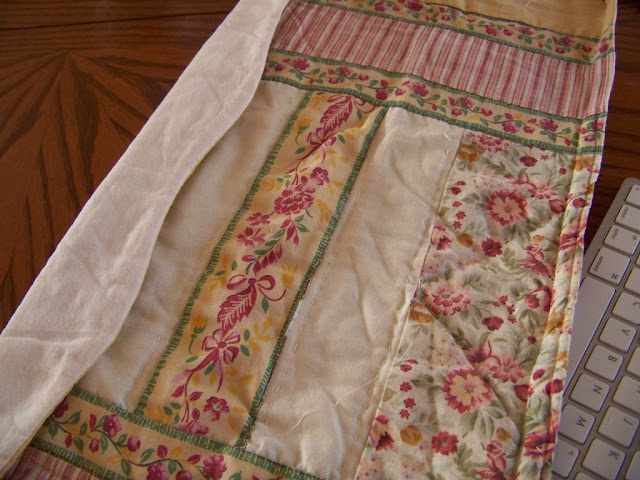 I folded down the edge I wanted for a flap. Then, I folded everything in half rights sides together (see photo below). 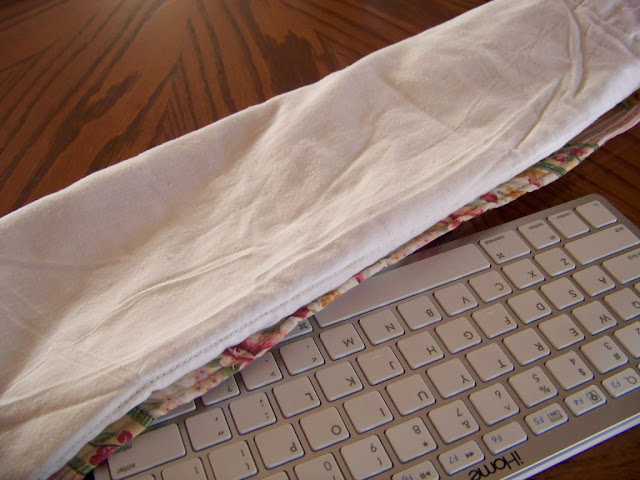 The fold goes the long way, and at this point, the sham is still full width. Next, I laid the keyboard on top of the folded sham to measure the width. Note my precision. Cough. 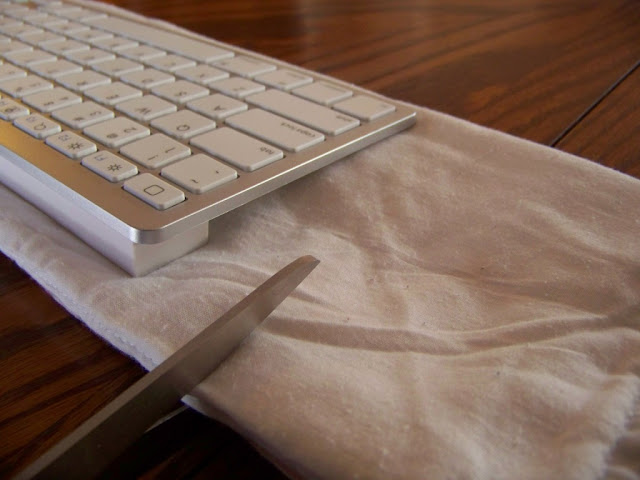 I cut off each end, allowing a generous seam allowance. Then, I left everything as it was folded right sides together, and stitched both sides up. I never pin anything, which is one of my greatest sewing pitfalls. Pin if you are smarter than I am. 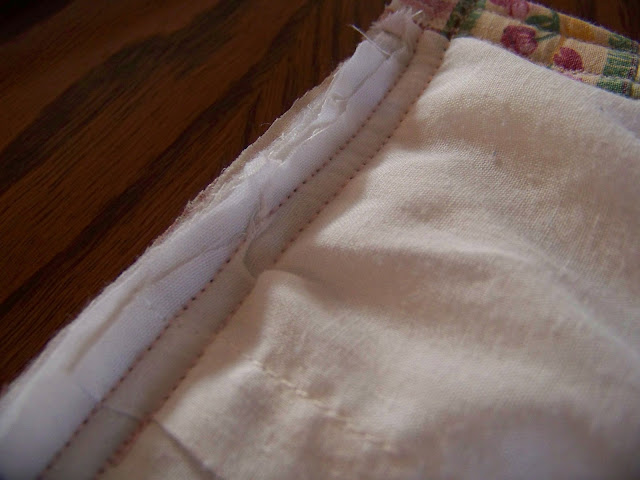 I double sticthed the edge for better durability. 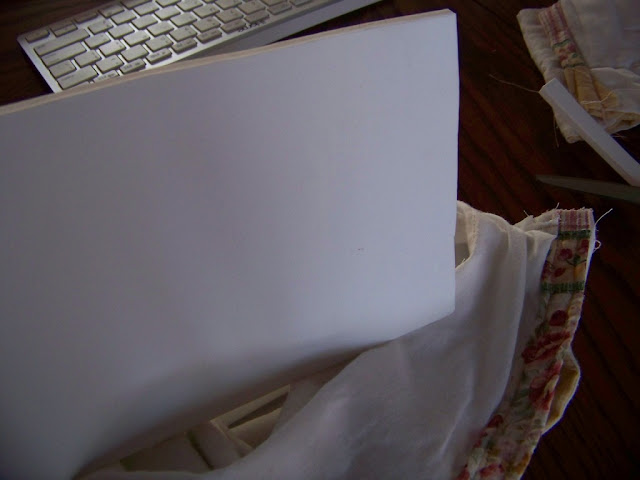 Since the pillow sham had the extra layer from the pillow pocket, I used that as a place to put a piece of craft foam for extra protection. I wiggled it around to get it where it belonged. 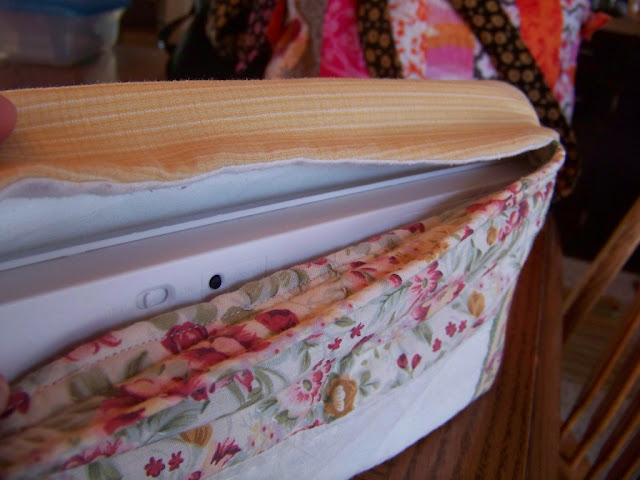 Then, I turned everything right side out, and put the keyboard in, keys facing the foam for protection. 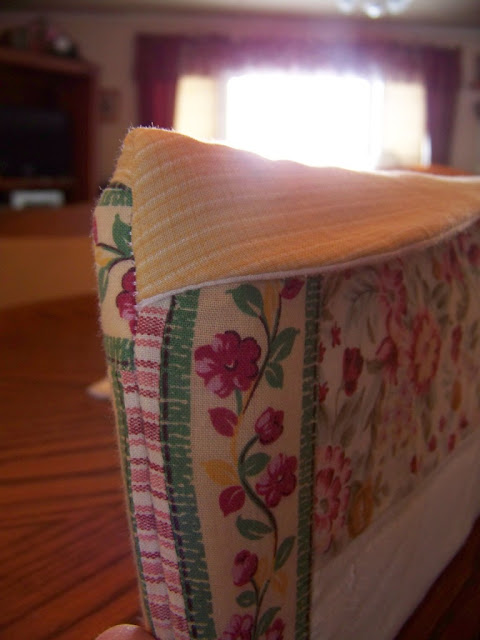 The built in flap provides enough closure, but it could have velcro or a button. 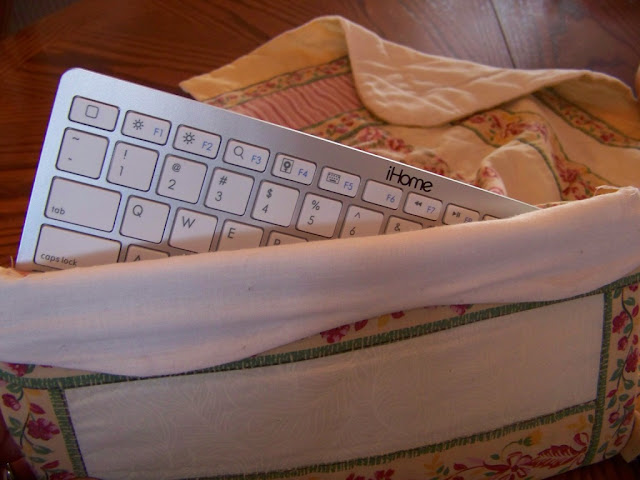 Because I chose the most worn part of the pillow sham, I did have to hand stitch a couple of places where the quilting was coming apart. My plan is to do this with new fabric sometime, but this will get me by on my trip.

Less than 30 minutes and I was done!

I’m calling this a neutral for the Pinterest Project Score, since there wasn’t a pattern on Pinterest and I had to create my own design. Evidence that you can’t exactly find everything you need on Pinterest.