For Day 16, I decided to experiment with projects I saw on Pinterest for upcycling plastic bottle lids. The first was a pillbox made out of two lids. I happened to have two Diet Pepsi bottles (the small single serve size).

The original project gives instructions for sawing the lids off 2-Liter bottles. 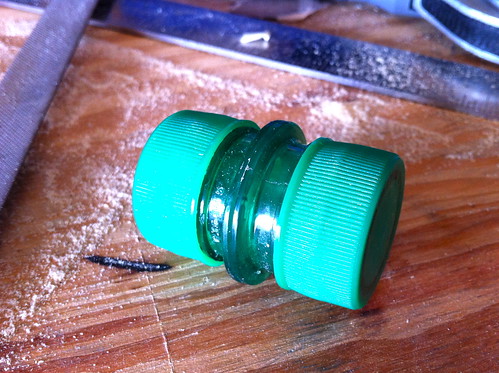 I tried it without a hacksaw, and cut it a little higher because the original seems so small that it’s hardly useful. However, I quickly saw why they did it that way. At least I’m admitting my aversion to following directions.

With mine, there is no chance of getting a water-tight seal. And, the glue didn’t hold. So, I failed big at following directions. 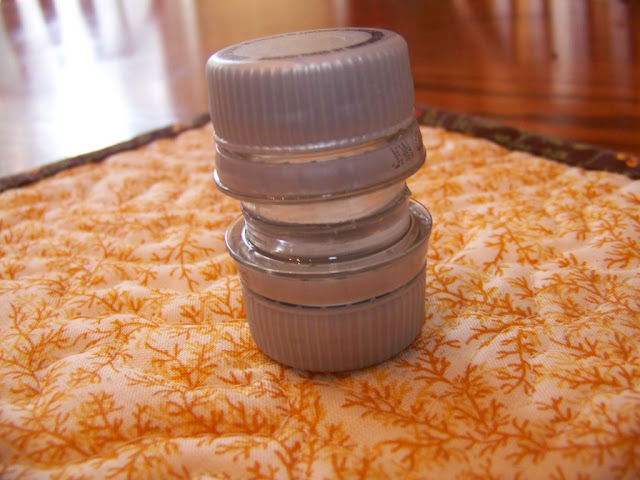 In the end, I decided that even if I had followed directions, the finished “bottle” really isn’t useful, unless I was bringing only a pill or two with me in my purse.

Then, I tried another bottle cap upcycle. One project shows using the bottle tops for a cap for a bag of chocolate chips. 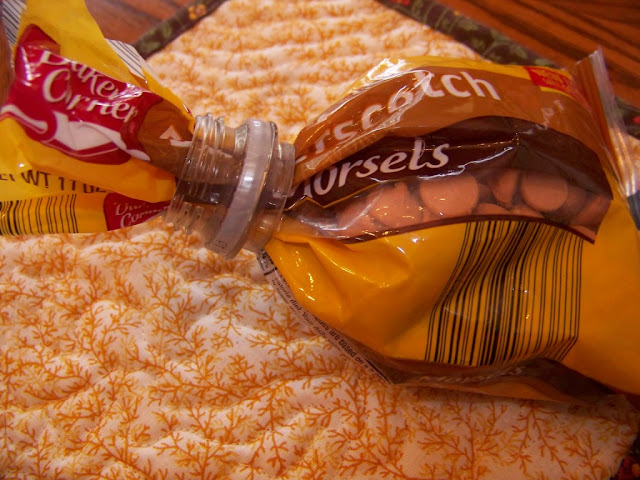 I slipped the bag through the ring and then folded the sides down. Next, I tried screwing the cap on. Tried. 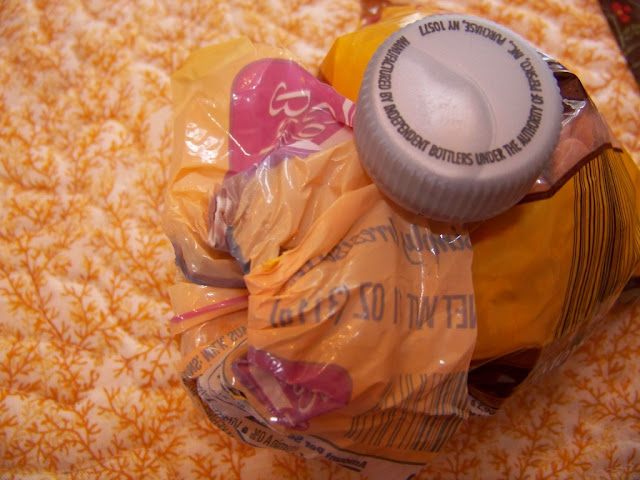 It kept popping off and my attempts at putting it back on just shredded little holes in the bag.

But, I refused to call it a fail until I tried another bottle lid. I tried a milk jug next. (If I make the photo any bigger, you’ll see how I had trouble getting it to focus so close). 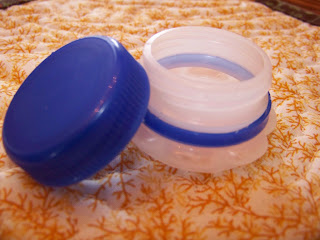 The trick to this one is making sure the lid is very clean. I used a scrub brush to get the dried milk out of all the crevices. 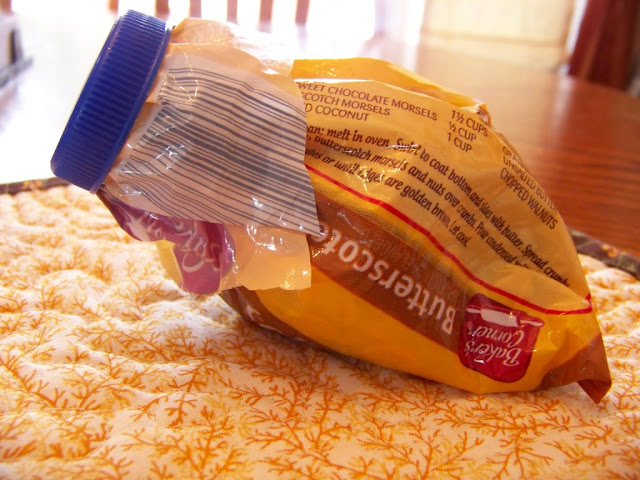 This one works! Plus, it’s actually big enough to pour the baking chips out of the bag without removing the ring.

Considering that this project was 50% successful, I’m giving it a neutral on score.