I saw a project on Pinterest using dollar store supplies that inspired me to make over some of my jewelry. I will have to scrounge through some of my stuff for additional ideas, but for my daily Pinterest Project, I decided to try it  with a quick sample.

The post that inspired me on Dollar Store Crafts suggested taking a bead or pearl necklace and doubling it in half, attaching ribbon, and adding other embellishments from your own jewelry box. On the sample from Dollar Store Crafts, they tied the ribbon on in such a way to make it single stranded (covered their knot with an embellishment). I decided just to double the ribbon.

Here is the sample that inspired me:

And, here is what I did (complete with blurry focus and bad lighting): 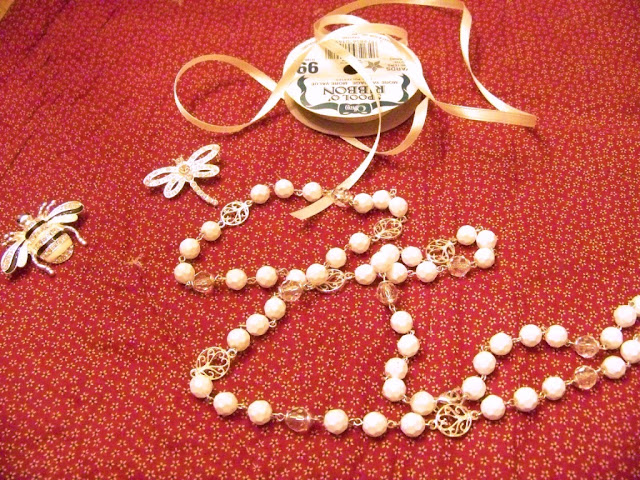 I had a long necklace that has white faceted beads and silver accents. It’s really long, and I think I have only worn it once. I had picked it up once on clearance for a dollar or two. I also grabbed two of my pins for inspiration. 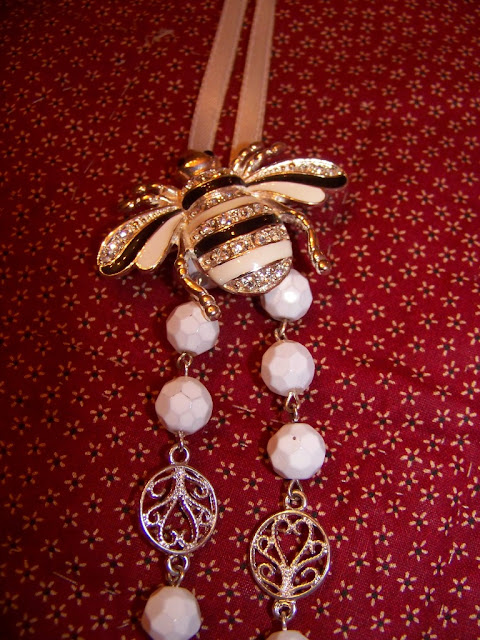 I “folded” the necklace in half and tied a ribbon onto each end. Then, I attached a pin on one side for an accent. 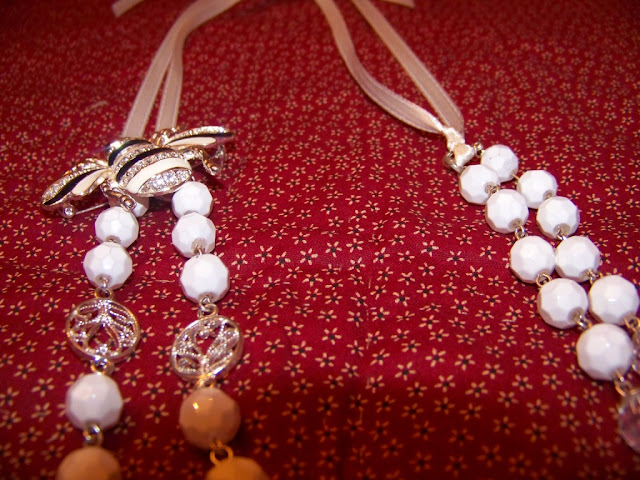 I know the photos aren’t so great. It’s after ten at night, so I make no promises about photo quality. Yours will be so much more fabulous if you borrow the same idea. 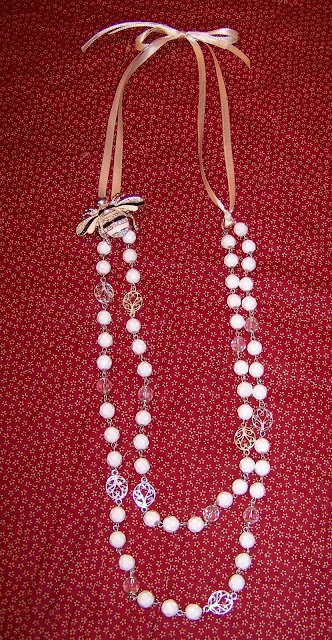 What I like is that this is a temporary project. I could easily unpin the bee and untie the ribbons.