This fall, I found an ice cream maker on clearance (end of Summer stock) for around $10. We have an exchange student living with us who loves ice cream, and my boys have many fond memories of making ice cream with their grandma before she passed away.

I decided it would be a fun surprise to put it away for Christmas break.

On Christmas Eve, I let the guys open it as an early present. When I purchased it, I also got some packages of ice cream mix for $1 that only needed milk added. We made a few, and they weren’t too bad. But tonight, I thought it would be fun to make real ice cream. 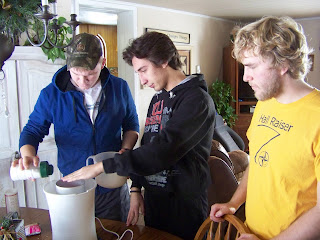 I looked up several recipes on Pinterest. Some had to be cooked, but it was after supper, and we didn’t have time to cook and cool something before freezing. Then, I found simple instructions online. The post included a video tutorial on how to make the ice cream.

Here’s how it went. 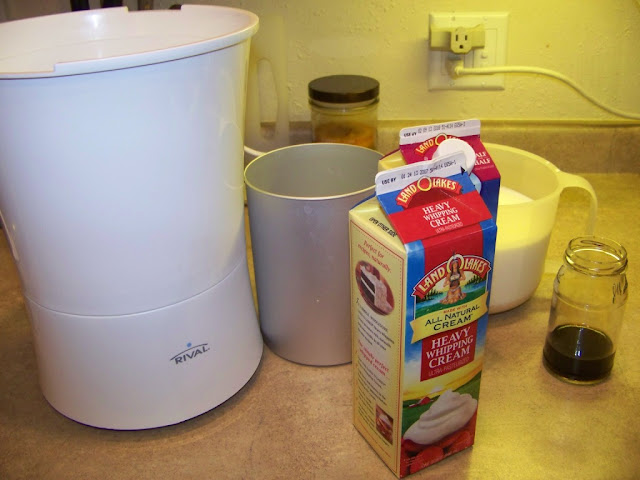 This amount perfectly fit in my 2-quart ice cream maker.

I mixed those all together in a bowl with a whisk. Then, I poured them into the ice cream maker.

It took about an hour to churn. We kept checking it. 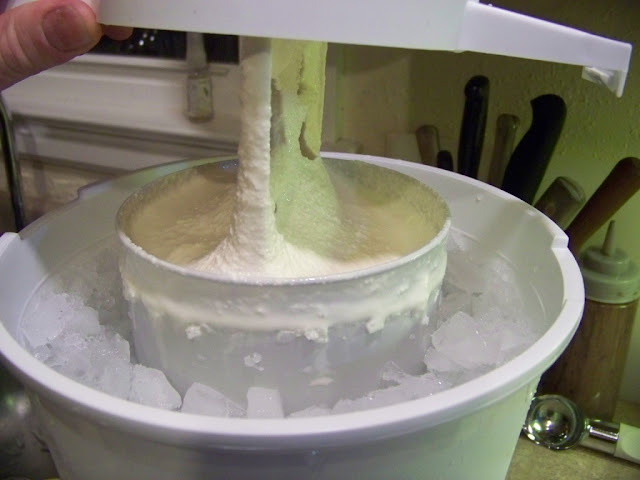 I put some in the freezer so I could see what it is like tomorrow. But for now, we had a delicious bedtime snack. This recipe produced a creamy, very sweet ice cream. It was more soft-serve because we didn’t do what the instructions call ripening. We figured, fruit ripens, but ice cream should be consumed as fast as possible. Sometime, I’m make the cooked version that is more like custard, but I highly recommend this recipe!

One little side note. We’ve used the ice cream maker 4 times now. On the second time, it started making a scrapy, screechy noise when it turned. Now, it’s even louder. And it sounds like nails on a chalkboard. Oh the torture we have to endure to get ice cream.

I’m guessing it has something to do with the motor, but I’m not sure. Either way, I’m glad it didn’t cost me much!