I didn’t plan ahead very well for the weekend regarding when I would try out projects from Pinterest. So, today, I’m playing catch-up. Ready? Here come three projects for you in a row.

I tried Falafel for the first time.The owner of the Deli described it as a vegetarian meatball, but it was so much more than that! He said it’s easier to describe it that way to people. 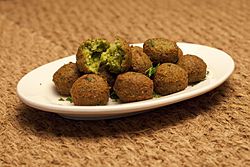 A falafel is a deep fried ball made from chick peas, herbs, and more. Yum!
We had some of the best hummus I have ever had. Holy Land has a factory and makes hummus for wholesale to grocery stores. The buffet included samples of roasted vegetables that were delicious, fresh pita bread, and this wonderful rice that was labeled Beryani rice (I can only find recipes for Biryani rice, but I think it’s the same) That had this amazing sweet and spicy flavor. They served a traditional mango juice with the meal.
The neighborhood surrounding the deli was also very interesting and cultural. There were many other ethnic stores and restaurants there. 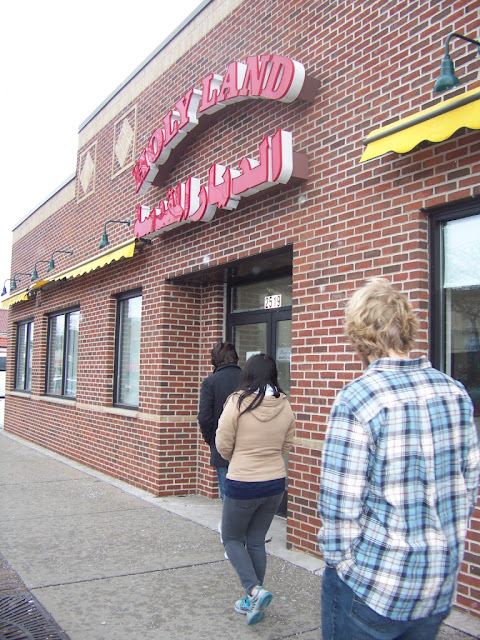 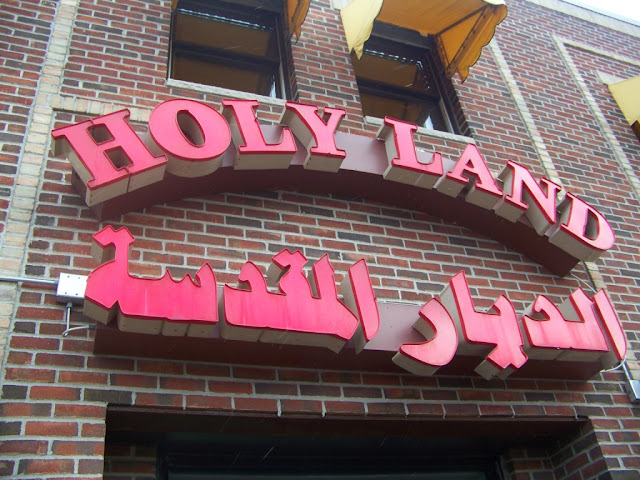 If you’re looking for a new cultural experience, I highly recommend visiting the Holy Land store and buffet. The owner gave a talk to our group (it was arranged ahead of time) about immigrating to the USA and about his ethnic background. He was funny and entertaining, and informative all at the same time.