Over the weekend, I featured two flags that my son is auctioning for his missions trip. Since flag day is coming on Monday, I thought I would search the web for other ideas for displaying the flag in non-traditional ways, trash to treasure style. Plus, I’ll feature a few of my own that I’ve made.

First, I found this picture of a flag painted on an old window.

Photo from the forum on iGarden Web

Then I found a flag on Home and Garden TV that was made from old bats and balls.

Photo from HGTV
I made the flag in the next picture myself from a cupboard door that I bought at a thrift shop for $1. I primed it and then painted on the stripes. 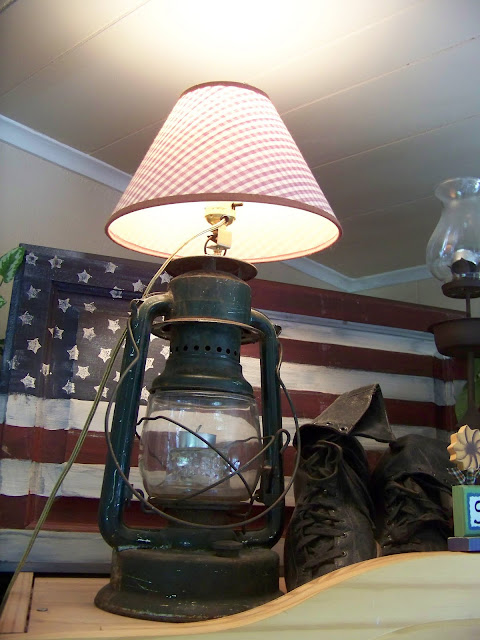 Photo property of Trash to Treasure Decorating
And I made this one by sewing a quilt to fit behind and old window. 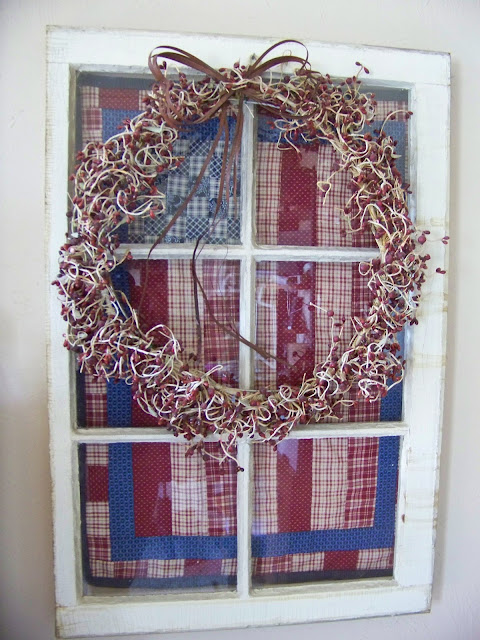 Photo property of Trash to Treasure Decorating
This one, I made using a flag pillow sham. No sewing involved, I just stapled it on the back. 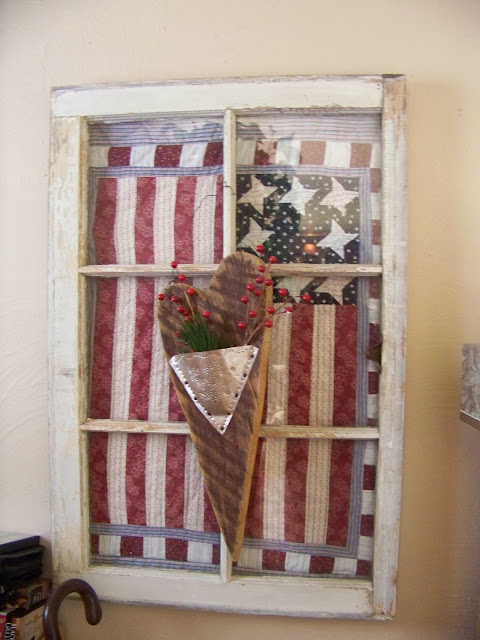 Photo property of Trash to Treasure Decorating
This flag is painted on wavy tin. I’d love to make one like it someday! 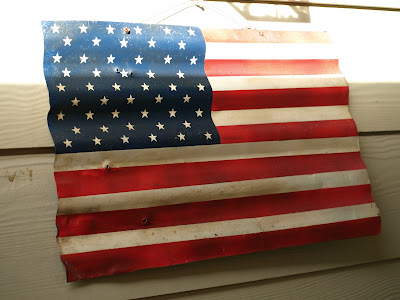 Photo from Cackleberry Cottage
However you display it, I love the American flag! I hope you put yours out this week.
One more thing, in my search, I found this Pottery Barn flag for $129. I have to admit, I like the rustic look of the one my son made and by using recycled wood, his is nowhere near $129. That’s the beaut of Trash to Treasure! 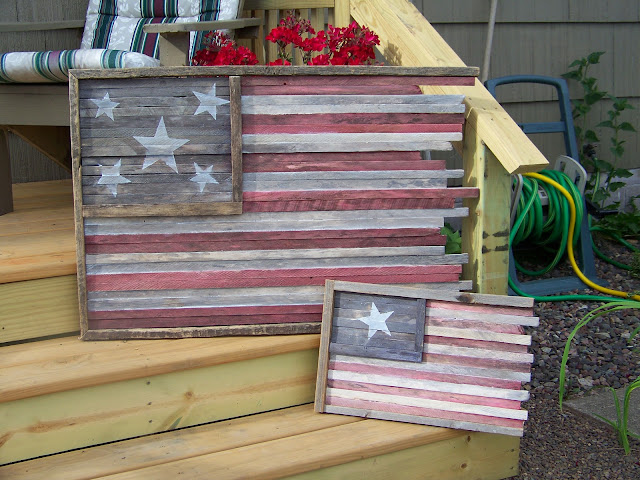