This past summer, I was at a wedding dance that took place at an old barn. Surrounding the perimeter, the bride had placed Mason jars on stakes. It was a pretty upcycle of old jars. I didn’t get a good look at how they attached the jars to the stakes. It could be done with the raffia, or it could be done using a mini shepherds hook on each post and a wire handle on each jar. 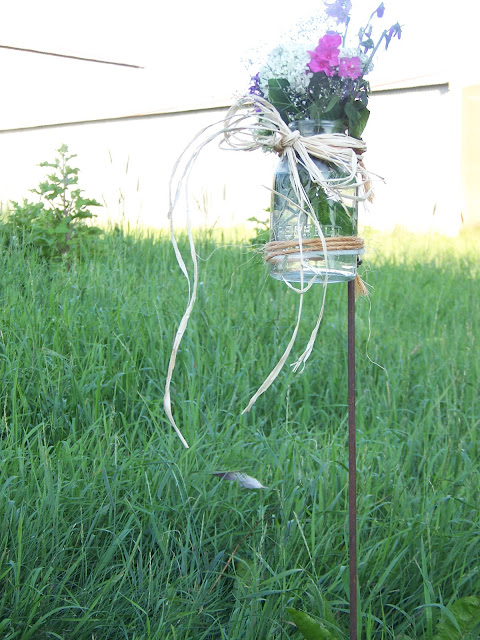 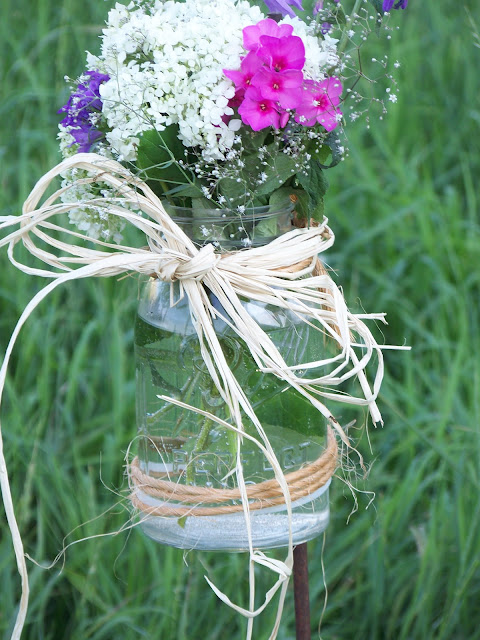 Of course, as long as I was taking pictures, I had to take some close-ups of the flowers. 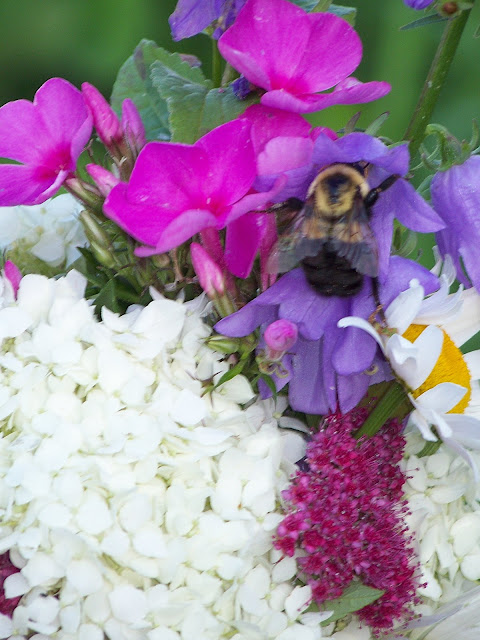 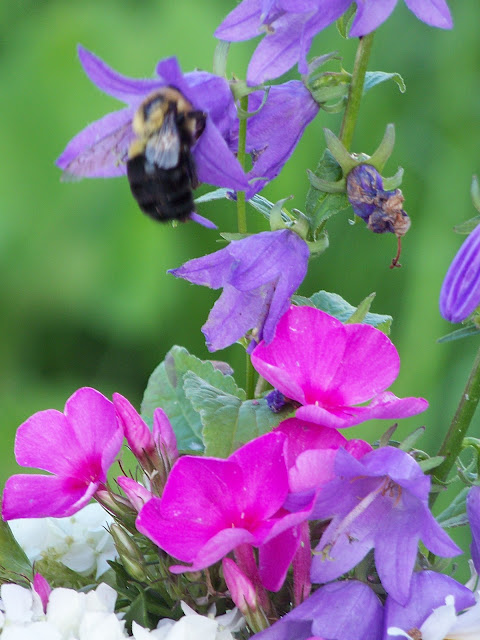 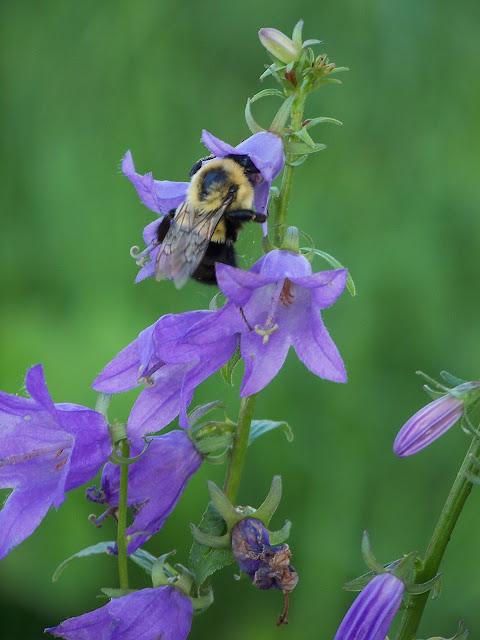 Mingling outside before going up the steps into the barn. 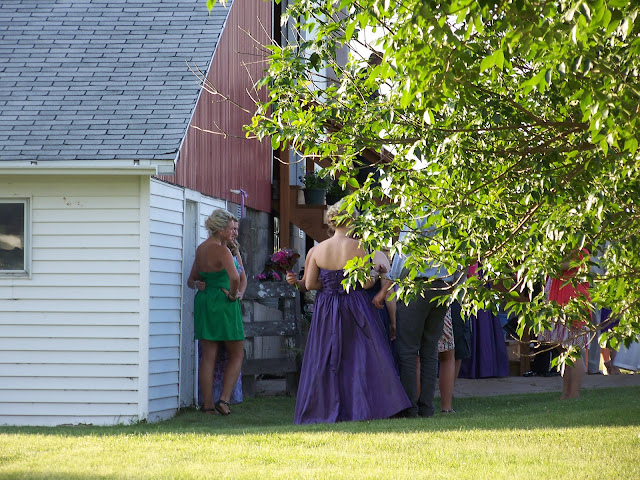 A previous bride left decorations behind. She purchased second hand chandeliers and had them wired up on the ceiling. She also added the draped galrland. It had such great atmosphere. 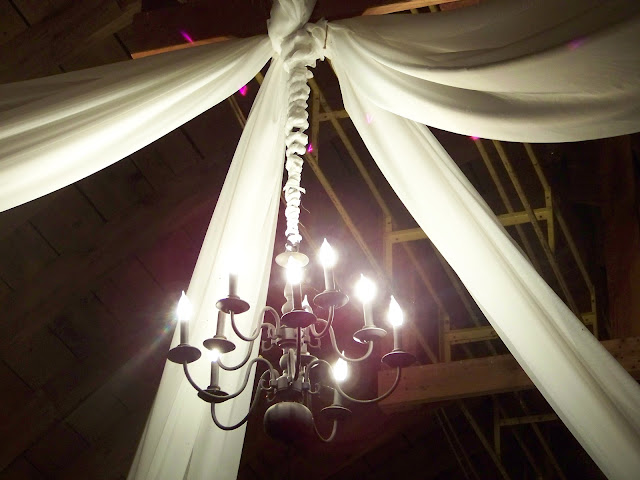 A definitely tasteful way to create a trash to treasure style!