What would it be like if you discovered your husband was cheating on you? What if you didn’t suspect it until after his death? I just finished reading the novel After All, by Deborah Raney. Lead character, Susan Marlowe wonders about the woman who showed up at the graveside on the day of her husband’s funeral, but she puts it out of her mind until the woman crosses her path again. In this third and final book in the Hanover Falls series, Susan continues to work through the grieving process while trying to keep the homeless shelter she runs from going bankrupt. She lost her husband 18 months ago in a tragic fire that also claimed the lives of several of his firefighter comrades, a blaze at her previous homeless shelter location. As Susan copes with her new life, she finds a friend in the single Fire Chief Peter Brennan.

My Review
I enjoyed the element of the unexpected that the author wove through the story. There’s a mystery about the fire, even though police think they’ve figured out how it started. Just when I thought I’d figured it out, Raney threw in a twist. A little mystery, a little suspense, a dash of sweetness, and a big dollop of romance make this a satisfying novel.

What I loved: The relationships in the story are multi-layered, and the characters are interesting. I enjoyed the little quirks each had, for example, Pete’s love of Tootsie Pops. This is a book about emotional healing and starting over. The theme of grace and redemption run through it. I also like that it’s possible to pick up at this book in the series without having read the previous book.

What wasn’t my favorite: This romance part of this book was a little more than I usually prefer. Nothing was inappropriate at all. It’s just that it felt a little like a high school romance with “does he love me?” “Is she thinking of me?” “Does he like another girl?” That kind of stuff. I prefer if romance is a thread of the plot, but it doesn’t take over. I’d say it’s more of a style or taste thing, but I think the store could have been even deeper.

I enjoyed the book, and I’ve read one other book in this series. I recommend it for anyone who likes romantic suspense.

I received a complimentary copy of this book from the publisher for review purposes. 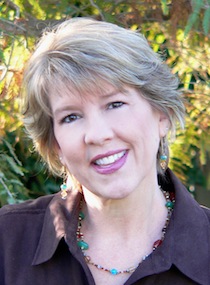 Deborah Raney is the award- winning author of numerous novels, including A Nest of Sparrows and the RITA award-winning Beneath a Southern Sky and its sequel, After the Rains. Deborah’s first novel, A Vow to Cherish, was the inspiration for World Wide Picture’s highly acclaimed film of the same title, which in December 2004 aired on prime time network TV for the second time. Deb’s novella, Playing by Heart, was a National Readers Choice Award winner and a 2004 Christy Award finalist. Her novel with Howard/Simon & Schuster, Yesterday’s Embers, appeared on the ECPA Christian fiction bestseller list. Known for her sensitive portrayal of family struggles and relationships, Deb has also written nonfiction books and articles and often speaks at women’s retreats and writers’ conferences around the country. She and her husband, illustrator/author Ken Raney, have four children and make their home in Kansas. Learn more at www.deborahraney.com.