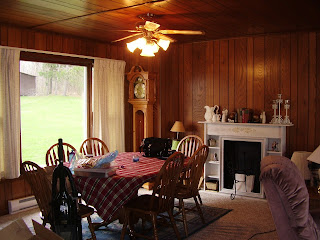 I love before and after pictures. Whenever I start a new home project, I take pictures of the whole process. I go back many times and look at my pictures. I love to post them online, and I keep a scrapbook of all the changes we’ve made on our home since we purchased it. But it wouldn’t be the same without the before pictures. 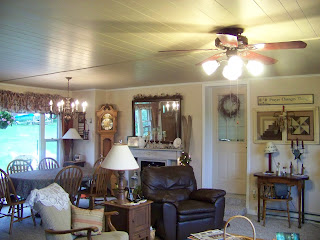 What is it about before and after pictures that we love? We like seeing a dramatic transformation. The poorer the project is to begin with, and the better it turns out, the more we marvel at the change. I have a blog dedicated to showing trash to treasure decorating projects where I show something that many people wouldn’t want, and I transform it into something useful. But this blog wouldn’t be the same if all I ever posted were pictures of the finished projects. What people really want to see is the contrast between what something used to be and what it is now. The before adds to the wonder of the after.
As I think about how much we favor the transformation in furniture makeovers and home renovation, I can’t help but wonder why it doesn’t always work that way with people. Have you ever noticed that when we talk about someone who needs a spiritual makeover, we don’t talk much about what Jesus can do? We don’t talk about the fantastic potential within them as people created by a loving God. Instead, we tend to gossip about their depravity and how hopelessly sinful they are. We see the before picture, and we fixate on it.
I’ve also noticed that even when people have been transformed by the grace of Jesus, we don’t always embrace the before and after as a magnificent work of God. We’re skeptical. We assume they’ll backslide. Or we fixate on the before, and we still see the sinner and not a child of God saved by grace. I’m guilty too. Not long ago, I saw a testimony of a rock star who was famous for his very dark stage antics. He told of how Jesus had changed him. I admit, all I could see was the before picture until I started looking at some of the things he has done since giving his life to Christ. He was a stark contrast to the rest of the rock ‘n roll world, but I still labeled him according to how he once was.
When God changes a life, there is no need for shame or hiding the past. No reason to fixate on what used to be. No need to gossip. Instead, we can look at the before and after and say, “Praise God! His power transforms people.” That’s the power that scripture talks about in 2 Corinthians 5:16-19. “So we have stopped evaluating others from a human point of view. At one time we thought of Christ merely from a human point of view. How differently we know him now! This means that anyone who belongs to Christ has become a new person. The old life is gone; a new life has begun! And all of this is a gift from God, who brought us back to himself through Christ. And God has given us this task of reconciling people to him.  For God was in Christ, reconciling the world to himself, no longer counting people’s sins against them. And he gave us this wonderful message of reconciliation” (NLT).
For the same reason I love to post before and after pictures on my blog to inspire people to try their own home projects, our stories of spiritual renovation can inspire others to let God transform them. When those who struggle see what God can do, they hear a powerful message about reconciliation, a story of how they can be restored to a right relationship with God through grace. Most of all, we give them hope, an anticipation that if God worked a miracle in us, he can do it in them too. By seeing the before, they can see the miracle in the after. Have you shared your story with someone lately?
This article appeared in the May issue of Wisconsin Christian News.
Love creative inspiration? Check out my latest before and after pictures of a chandelier makeover at Trash to Treasure Decorating